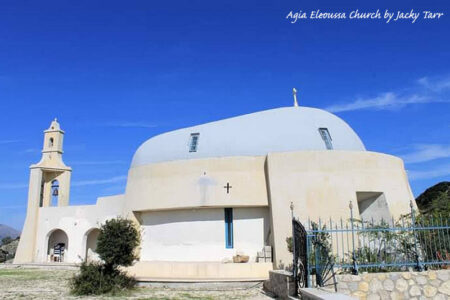 The original church in Anninata was destroyed by the earthquake of 1953 and restored in 1954 unfortunately it was destroyed again by a big fire in 1986.
In recent years, … see more 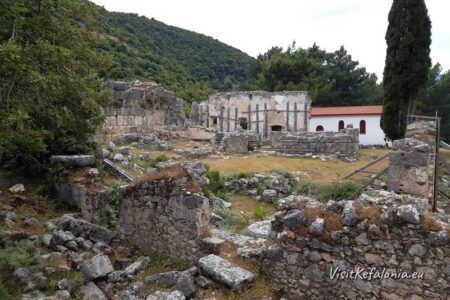 The road to the ruins of Saint Fanentes Monastery is between Sami and Antisamos beach, it’s a lovely scenic drive up to what is known as ancient Sami. 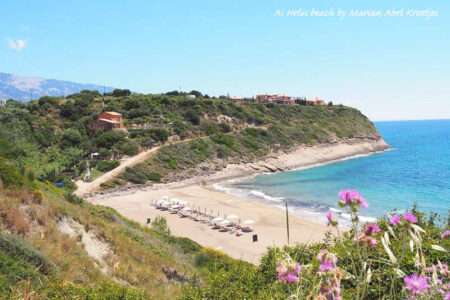 Ai Helis beach is located in the southeast of Kefalonia and is one of many in the area of Svoronata.
Although bordered at … see more 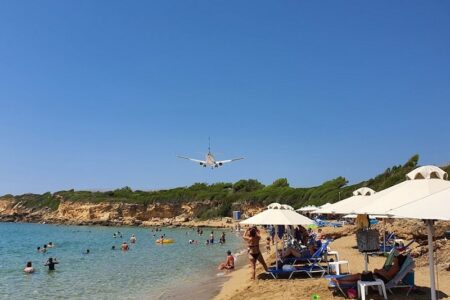 Ammes beach is a very popular beach in the area of Svoronata.
There is soft sand underfoot, an abundance of sunbeds for hire, a beach bar playing music, as … see more 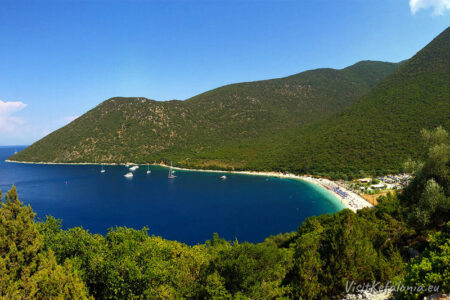 Antisamos beach is situated on the east coast of the island, 4.5km from the quayside at Sami. A steep winding road with breath-taking views … see more 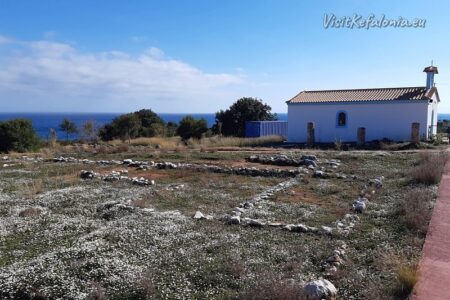 About 3km up the coast from Skala towards Poros are the ruins of the Archaic Temple of Apollo and next to these ruins is the little Church of St George. … see more 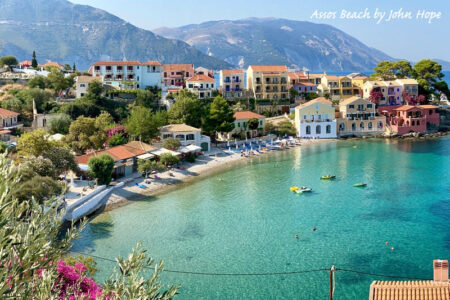 Assos beach is a compact pebbly stretch of coastline right at the heart of the picturesque village of Assos. The beach faces west towards the outcrop that is home … see more 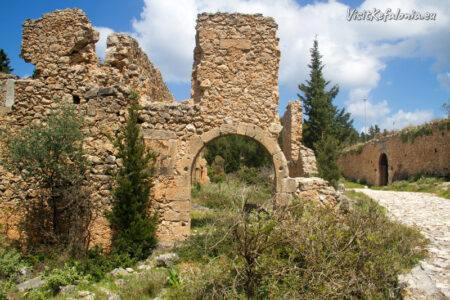 The castle of Assos is a fine example of military architecture, British general Charles James Napier described it as stronger than Gibraltar. The castle stands on the top of a 170 m high … see more 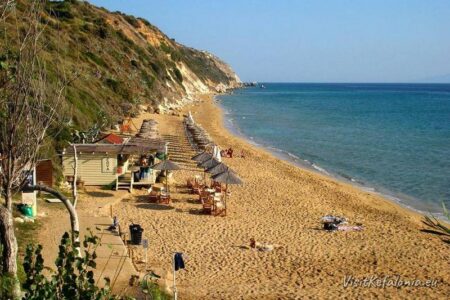 Avithos beach is a beautiful stretch of sandy beach in the area of Svoronata.
Some say that this gorgeous beach gets overlooked in … see more 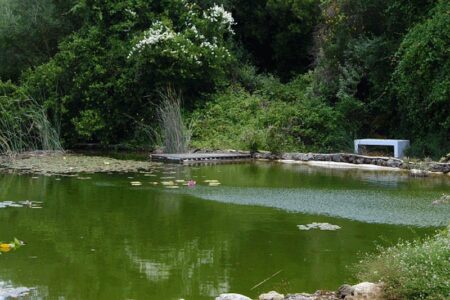 The garden was established by the Focas-Cosmetatos Foundation in 1998 to preserve and display the native flora of the island. The site was formerly an olive grove. Different areas have … see more 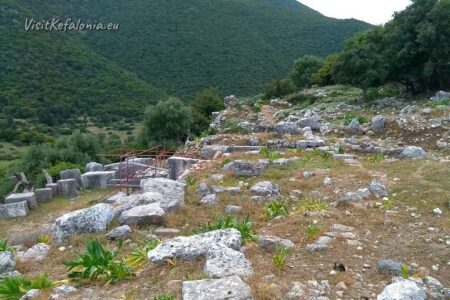 Writings taken from the information board at ancient Sami site:
Ancient Sami, built deep in the natural bay, was one of the four cities – States of the “Cephalonian Tetrapolis” … see more 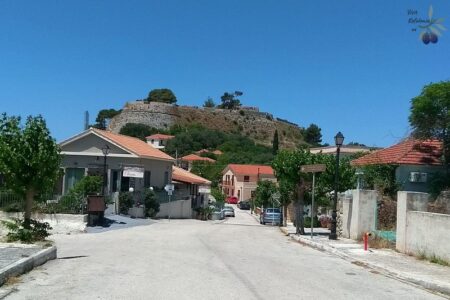 We highly recommend visiting this beautiful village, give yourself time to walk round the ruins of the Venetian Castle of Saint George, the views from up there are breath-taking.
Enjoy … see more 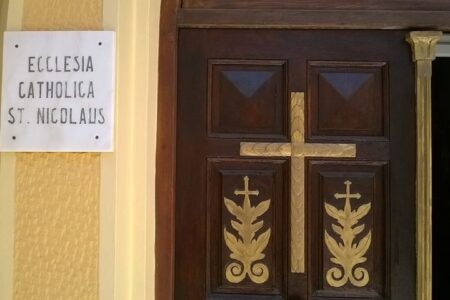 The Catholic church of St. Nicholas in Argostoli is the only catholic church on the island of Kefalonia.
The present day church is built on the site of the previous … see more 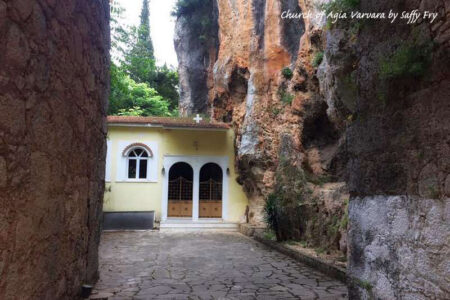 The church of Agia Varvara (Saint Barbara) is located over the water from Argostoli, just off the road heading towards Razata.
According to tradition, in around 1912, a small child … see more 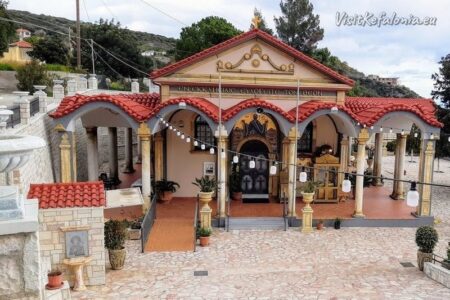 The myth surrounding these small grey/black snakes, which appear to have a cross on their heads and cross shaped tongues comes from the year 1705, when the monastery in the … see more 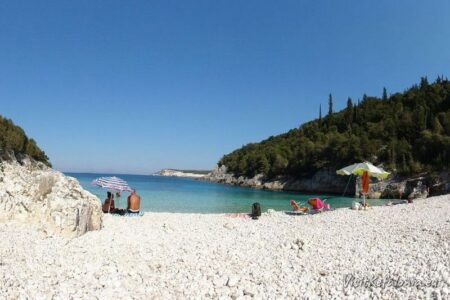 Dafnoudi beach is one of the most notherly beaches on the island and possibly one of the trickiest to access.
Although we have not tried this ourselves, we have it … see more 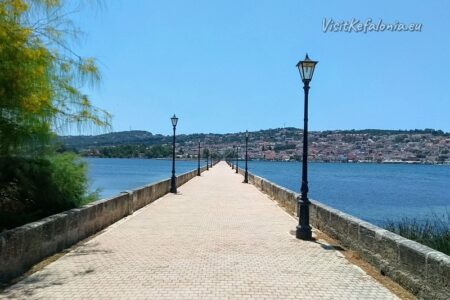 The de Bosset bridge (formerly Drapano Bridge) connects Argostoli with settlements on the north side of the Koutavos Lagoon. It gets it name from the governor of the island during … see more 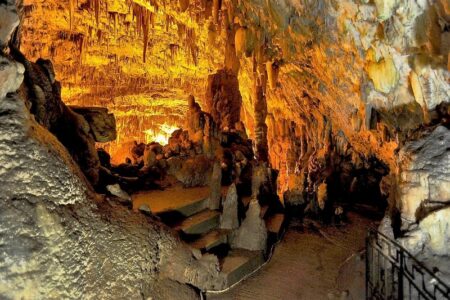 To the south west of Sami you will find the impressive Drogarati cave, a cave so large even orchestras have performed there. The cave was discovered 300 years ago when … see more 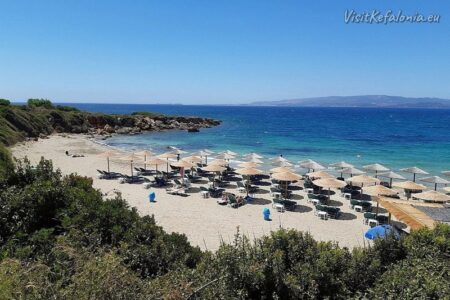 Eglina beach is a lovely beach tucked away at the far end of the airport runway in the Minies area. It is a fine, sandy beach and the water comfortably … see more 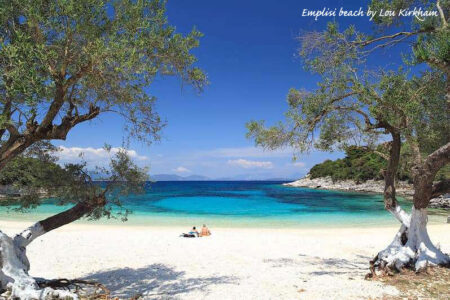 A picturesque shingle beach in a secluded bay, with clear waters, a popular spot for snorkelling. The beach is not organised so there are no sunbeds for hire but there’s … see more 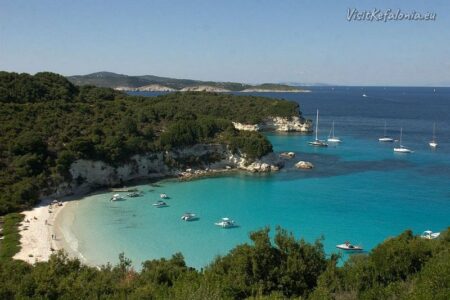 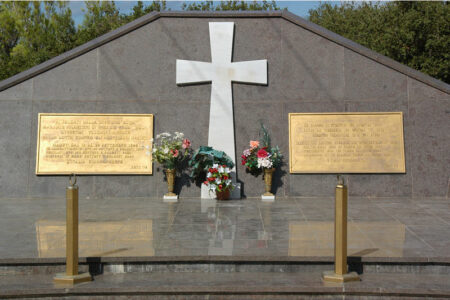 The memorial to the Acqui Division; an Italian infantry unit which was stationed on the island during the 2nd world war and allies of the German army.
They were brutally … see more 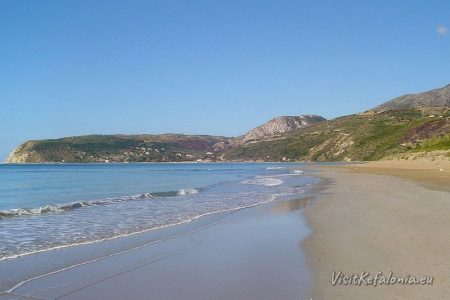 Just outside of Skala below the village of Ratzakli there are two popular sandy beaches, Mounda beach & Kaminia beach. Although there are two names given to this beach front, … see more 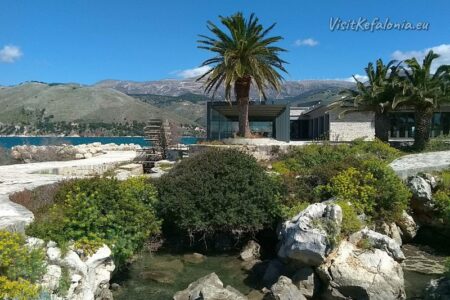 Round the northern end of the Argostoli peninsula is the mill wheel and sink holes. There is nothing spectacular about the wheel itself, it’s a replica constructed after previous ones … see more 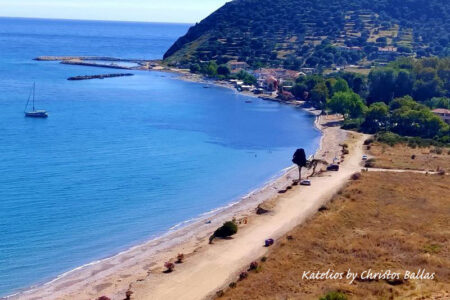 Katelios’ small beach is made up of sand and shingle, the water is clear and shallow for a fair distance so great for families with small children.
There are a … see more 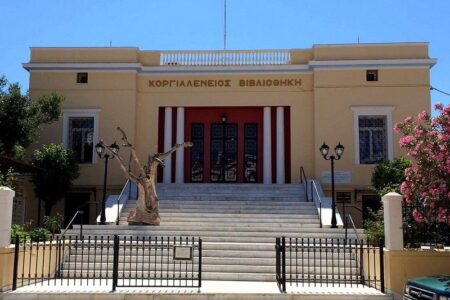 In Argostoli, approximately 1.8km from main street Lassi.
A Museum of island history featuring photos, paintings & artefacts, plus a library with a reading area. The museum is housed on … see more 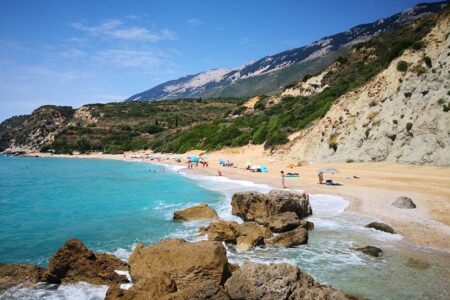 Koroni beach is approximately 250m of sand/shingle mix on the south coast of Kefalonia.
It is accessed by 3km of downhill tarmac road and dirt track, so be careful in … see more 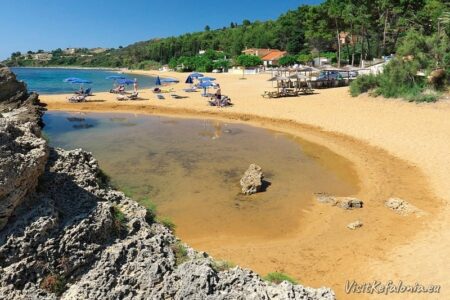 Lepeda beach is a small stretch of sandy beach 3km south of Lixouri. It faces east and has a panoramic view of the hilly … see more 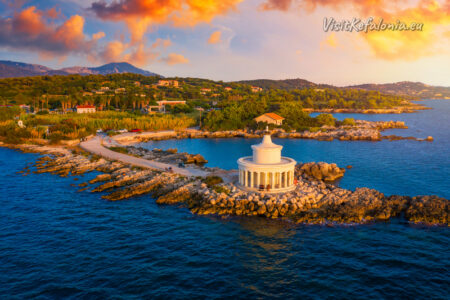 On the coastal road between Argostoli and Lassi you cannot miss the Lighthouse of Saint Theodora. It stands proudly at the end of a walkway which extends into the sea. It is named after … see more 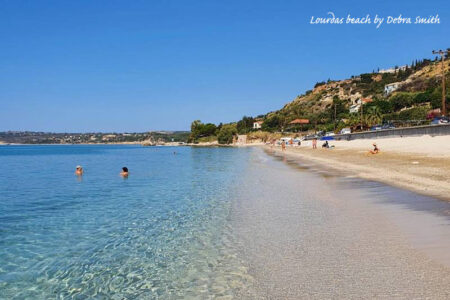 The beach at Lourdas has an excellent selection of café bars and tavernas all along its 1km flat promenade.
There are plenty of sunbeds … see more

Next Page »
We use cookies on our website to give you the most relevant experience by remembering your preferences and repeat visits. By clicking “Accept”, you consent to the use of ALL the cookies.
Cookie settingsACCEPT
Manage consent

This website uses cookies to improve your experience while you navigate through the website. Out of these, the cookies that are categorized as necessary are stored on your browser as they are essential for the working of basic functionalities of the website. We also use third-party cookies that help us analyze and understand how you use this website. These cookies will be stored in your browser only with your consent. You also have the option to opt-out of these cookies. But opting out of some of these cookies may affect your browsing experience.
Necessary Always Enabled
Necessary cookies are absolutely essential for the website to function properly. These cookies ensure basic functionalities and security features of the website, anonymously.
Functional
Functional cookies help to perform certain functionalities like sharing the content of the website on social media platforms, collect feedbacks, and other third-party features.
Performance
Performance cookies are used to understand and analyze the key performance indexes of the website which helps in delivering a better user experience for the visitors.
Analytics
Analytical cookies are used to understand how visitors interact with the website. These cookies help provide information on metrics the number of visitors, bounce rate, traffic source, etc.
Advertisement
Advertisement cookies are used to provide visitors with relevant ads and marketing campaigns. These cookies track visitors across websites and collect information to provide customized ads.
Others
Other uncategorized cookies are those that are being analyzed and have not been classified into a category as yet.
SAVE & ACCEPT