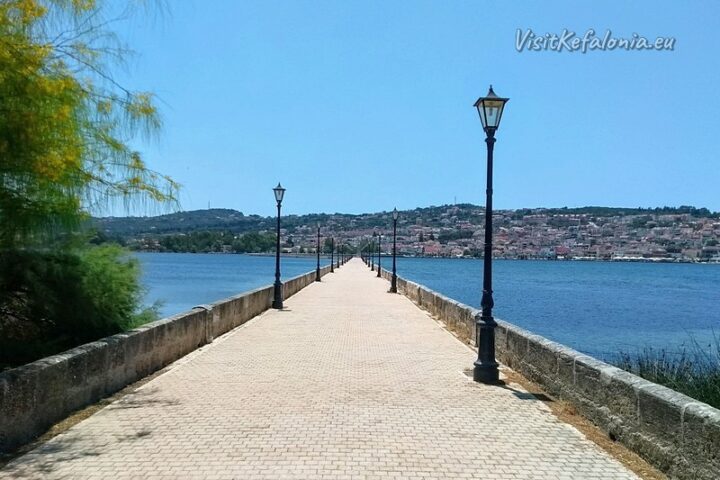 The de Bosset bridge (formerly Drapano Bridge) connects Argostoli with settlements on the north side of the Koutavos Lagoon. It gets it name from the governor of the island during a period of British control from 1810-13, Swiss engineer Charles de Boesset and it is he who takes credit for expanding the road and bridge network on the island.

The bridge itself is a little over 700 metres in length and has at its midpoint on a man-made islet a stone obelisk. On this obelisk was an inscription in 4 languages was a dedication to ‘The Glory of the British Empire’ although this is no longer legible.

In order protect its structure, the bridge has been closed to all but pedestrians and cyclists since 2009.
There is little of note in the area of Drapano, but it is a great place to get photos of Argostoli on a clear day (or night).