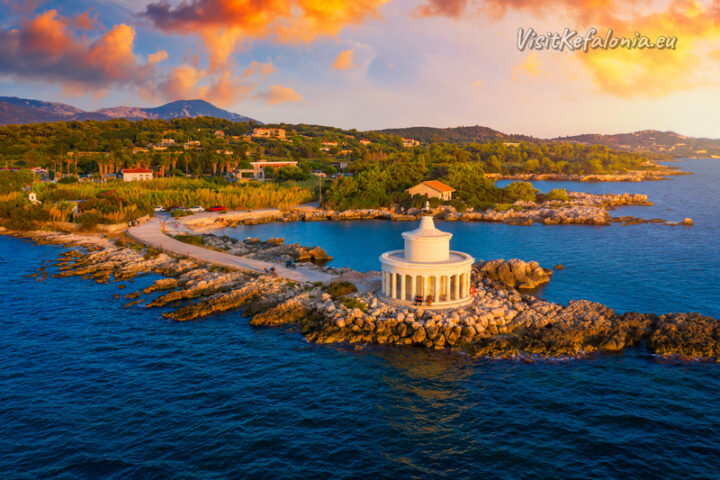 On the coastal road between Argostoli and Lassi you cannot miss the Lighthouse of Saint Theodora. It stands proudly at the end of a walkway which extends into the sea. It is named after the nearby church, although the whole area is now commonly known as ‘Fanari’.
The original lighthouse was built in 1829 and like much of the island’s characteristic architecture, it was built under British rule – designed by J.P. Kennedy as a circular building with Doric columns. Sadly like much of Argostoli, the lighthouse was destroyed by the earthquakes of 1953 but was rebuilt soon afterwards.
At the moment it is in need of some remedial works but is still worth a visit to get some stunning sunset photos.