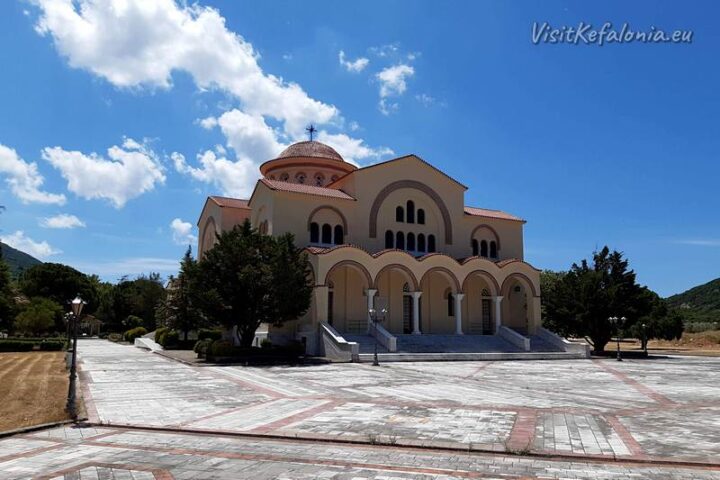 The Monastery of Saint Gerasimos is located in the Omala valley – it is an imposing building with a reconstructed church.
Beneath the monastery, there is a cave with two rooms which used to be the home of the saint, Agios Gerasimos – the only way to access this cave is by a large hole.
Agios Gerasimos is the patron saint of Kefalonia and his relics have been preserved here for hundreds of years.
Every year, in memory of the saint, two great festivals are held; the first of these is on the 16th August, which is the anniversary of the day after his death in 1579. The second is held on the 20th October, which is the anniversary of the day his remains were recovered intact in 1581. It is during these festivals that the remains of the saint are passed over the sick with the hope that they may be cured.
He received his sainthood when the patriarchate canonised him in 1622.