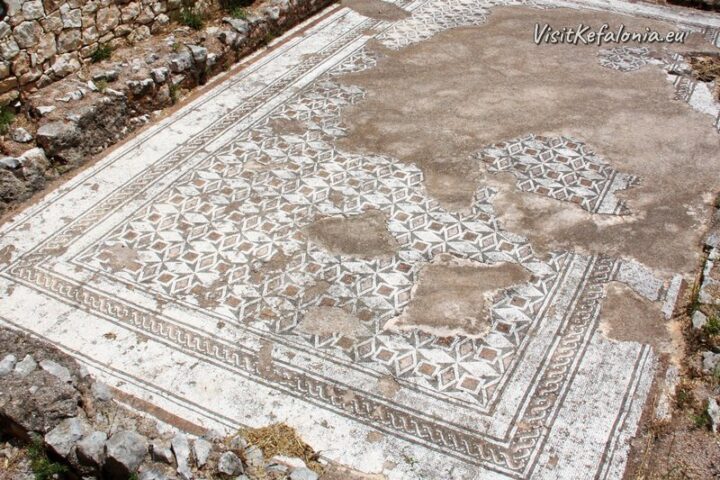 You will find the Roman Villa of Agia Efimia on the road parallel to the waterfront, it’s on the opposite side of the road, just past the Aquatic Scuba Diving Club.
The Roman Villa was discovered during an excavation in 2000 and archaeologists uncovered and restored mosaics bearing geometric motifs in the courtyard of the villa.
Due to finding tile-covered graves during the excavation, it is believed the building was abandoned in the Late Roman period and was used as a burial ground.

When open, viewing is free of charge.